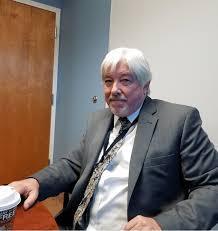 In a normal school year we would have a retirement recognition at the end of the school year for SSD employees who are retiring. This year has been anything but normal, so we are having to change our retiree recognition for this school year. We will be recognizing our retirees on our websites and Facebook. We will post the retirees with something written about them from a colleague or supervisor. Our first retiree we are recognizing is our former Superintendent Mr. David Perrington.

Multiple principals were awarded the title of National Distinguished Principal for the State of Delaware.